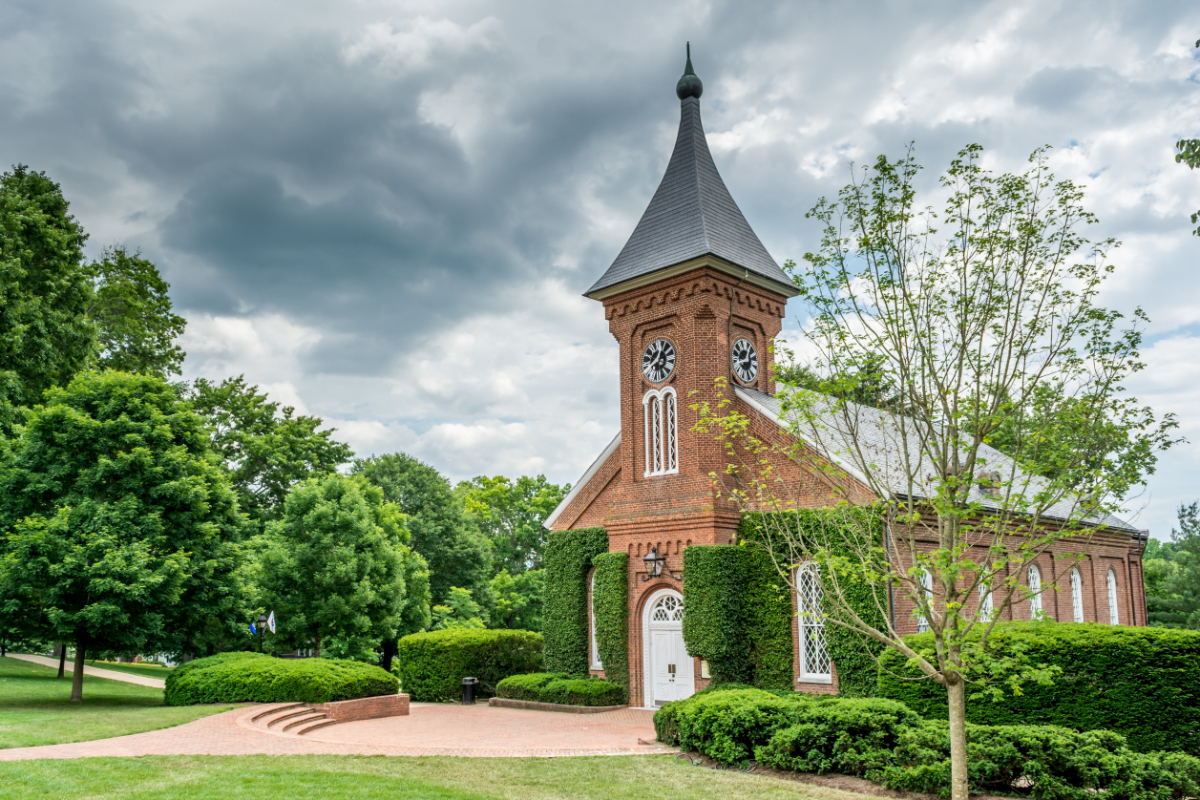 Referred to as “The Mother of States” because it was one of the first states to be settled, Virginia is best known for its oysters, the Appalachian Trail, and the number of presidents that have come from the area. There are around 8.65 million people that call this state home spread across cities like Richmond, Arlington, and Norfolk. If you are considering moving to Virginia, but don’t know what cities to consider, take a look at this list. We’ve ranked the fastest-growing cities in Virginia which saw the largest population increase from 2017 to 2021. From Chesapeake to Newport News, read on to see what cities made the list. One of these might just be your next home.

The fastest-growing city in Virginia is Suffolk which is deemed the “Peanut Capital of the World” for its large peanut processing center. The Suffolk Peanut Festival is also the city’s biggest annual event. Suffolk currently has a population of around 96,200, which is an increase of 7% from 2017.

It’s no surprise that many people are moving to Suffolk as there are many wonderful parks like Bennett’s Creek Park & Boat, Lake Meade Park, and Sleepy Hole Park. While in the city, locals can also find a bustling arts and entertainment scene with museums such as the Suffolk Seaboard Station Railroad Museum and entertainment venues including the Suffolk Center for Cultural Arts. There are also a number of delicious restaurants to fill you up such as Cazadores, The Plaid Turnip, and The General Public.

Chesapeake, VA is known for its abundant seafood, particularly oysters, It takes the number two spot on our list of the fastest growing cities in Virginia. Chesapeake saw a 5% increase in population to its current population of nearly 251,300.

There are a handful of great things to do while living in Chesapeake, such as enjoying a picnic at Chesapeake City Park, Oak Grove Lake Park, and Indian River Park or grabbing a bite to eat at Cutlass Grille, Off The Hook Seafood Restaurant, and El Loro Mexican Restaurant.

Portsmouth, VA is well known as a historic seaport town. It is located on the Elizabeth River in southeastern Virginia. The town is also known for its maritime history and shipbuilding industry.

If you want to grab a bite to eat at a local favorite, check out The Bier Garden, Fish & Slips Marina Raw Bar & Grill, and Yoolks On Us. Afterwards, you can stroll through one of the many parks like Portsmouth City Park and Paradise Creek Nature Park. Lastly, be sure to get tickets to a show at Venue 757. There is something for everyone living in Portsmouth.

A historic city located in southeastern Virginia, Newport News, VA, is the site of the first successful powered flight and as well as for its shipbuilding and coal industries. Newport News makes number four on our list. The city’s current population is around 184,600, which is a 3% increase since 2017.

There are a lot of fun activities while living in Newport News from reading a book at Newport News Park, Riverview Farm Park, and King-Lincoln Park to grabbing a bite to eat at Fin Seafood, Second Street American Bistro, and Cove Bistro. If you love the arts and entertainment scene, be sure to check out The Mariners’ Museum and Park, Virginia Living Museum, Army Transportation Museum, and Ferguson Center for the Arts.

Thinking about moving to Hampton? The city is best known for being the home of the Hampton Roads metropolitan area, as well as for its historical significance. The city is also known for its beautiful beaches, which attract tourists from all over the world. It is the fifth fastest-growing city in Virginia. Hampton saw a 2% increase in population since 2017 and currently has around 137,750 residents.

You may be wondering, what is there to do in Hampton? Be sure to make time for these activities: playing sports at Sandy Bottom Nature Park, Buckroe Beach Park, and Gosnold’s House Park, visiting the Virginia Air & Space Science Center and Casemate Museum of Fort Monroe, watching a show at The American Theatre, or eating delicious food at Surf Rider Restaurant, Brown Chicken Brown Cow, and Tommy’s Restaurant.

Taking the last spot on our list is Virginia Beach, VA which is well known for its sandy beaches, boardwalk, and oceanfront hotels. It is also a popular destination for fishing, boating, and sailing.

There are many wonderful things to do while living in Virginia Beach such as trying delicious food at Tautog’s Restaurant, Waterman’s Surfside Grille, and Chix on the Beach. You can also check out a museum such as the Military Aviation Museum or watch a show at Sandler Center for the Performing Arts.

Virginia Beach currently has a population of around 457,700, which is a 2% increase.

Methodology: Population growth was calculated over a 5-year span (2017 vs. 2021). Only cities with a population of over 50,000 were used, as anything smaller is considered a town. Population data sourced from United States Census Bureau. Median home sale price data from the Redfin Data Center during August 2022. Average rental data from Rent.com during August 2022.