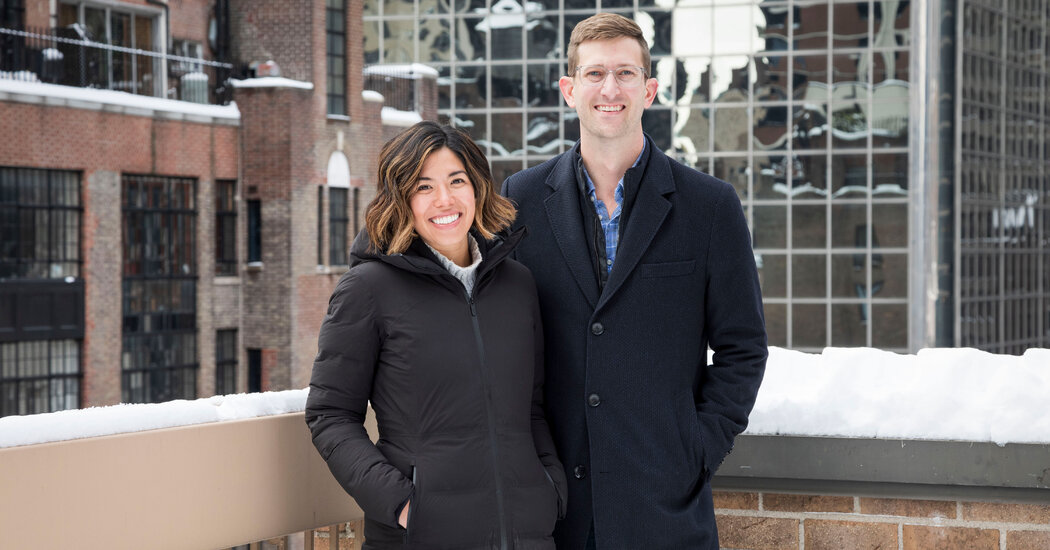 When Katie Ullmann met Matt Durham nearly three years ago, she was living with a roommate in the West Village and he was in a place with a plant-filled terrace on the Lower East Side. They rode Citi Bikes across town to see each other.

Two summers ago, the couple left Manhattan for a modern high-rise rental in Fort Greene, Brooklyn, then began planning their wedding and a real house hunt. They dreamed of a small multifamily house, but knew they would have to stay in the outer boroughs to afford one.

“I would rather be back in Manhattan where I could walk and bike everywhere,” said Mrs. Durham, 29, who works in the clean-energy field and was weary of her crowded subway commute to Midtown.

[Did you recently buy or rent a home in the New York metro area? We want to hear from you. Email: thehunt@nytimes.com]

So they looked for a Manhattan place they could renovate. Mr. Durham, 36, who works in real estate finance and once worked on a Habitat for Humanity project, yearned for a fixer-upper.

“I have a pretty serious tool collection,” he said. “I could build a small house. I am not up on current building codes, but it would stand up and function.”

The Durhams expected to pay around $1 million: a purchase of around $800,000, and another $200,000 for renovations. They were hoping to find something in Midtown East, not far from their offices. And outdoor space for a garden was a must. “Matt will spend his entire weekend pruning,” Mrs. Durham said.

If they couldn’t find a two-bedroom, a one-bedroom they could convert into a two-bedroom would do. “We like the idea of flipping our way up,” Mrs. Durham said. “We love the vision of staying in New York and raising a family here. For me, the financial element justifies the headache of a renovation. I would never do this on my own. I would be fine with a ready-to-move-in place.”

With such specific requirements, “there wasn’t much to look at,” said their agent, Charlie Lewis, then at the Corcoran Group and now at Compass.

Find out what happened next by answering these two questions: