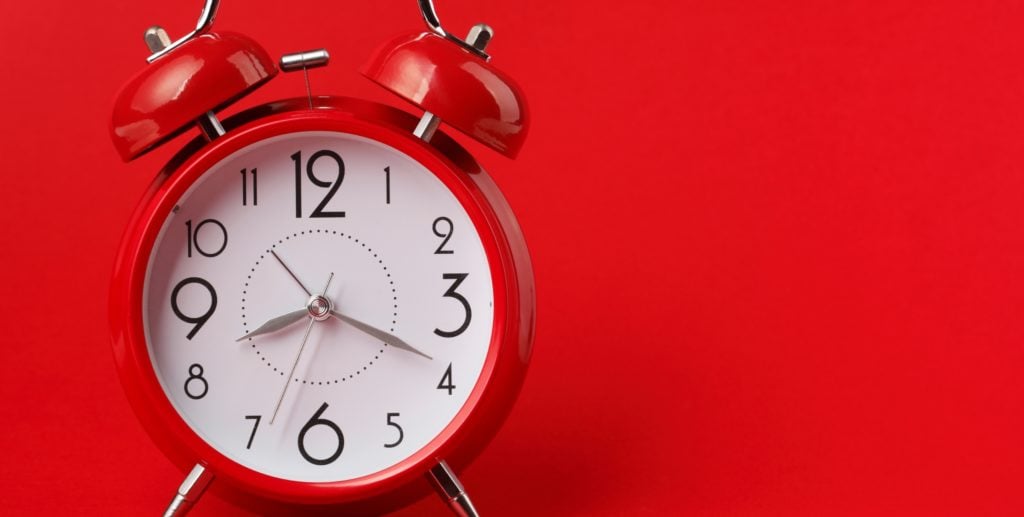 Are nightmares about the economy still keeping you awake at night? Well, the news lately has been fairly mixed. There are reports that prices won’t fall as much and might even rise next year, as well as reports of catastrophe. Who’s right? Who’s wrong?

What I do know, though, is that there’s a ticking time bomb in real estate. It’s not housing prices or higher interest rates.

Credit markets aren’t as broadly followed and discussed as other economic indicators. We typically look at:

But credit cycles can often have a greater impact than these widely followed and studied indicators.

The credit markets are extremely volatile. They can be wide open one day and slammed shut the next.

When credit markets throttle down, it will likely impact residential and commercial real estate investments more than it will impact necessities like food and gasoline.

Credit cycles are significantly impacted by psychology. This is one of the reasons these cycles, and others like Wall Street, are so volatile and unpredictable. There is a human factor involved, and it’s impossible for any investor, no matter how sophisticated, to accurately predict the future of credit cycles and, thus, the real estate market or the future in general.

Warren Buffett, Charlie Munger, Howard Marks, and others I consider experts are very clear in their opinion on this.

The Impact of Credit Cycles

Capital must be available for maturing debt to be refinanced. Unlike residential mortgages, which often have a 30-year timeline, commercial finance matures in short timeframes. Commercial real estate debt, in particular, typically has a timeline of three, five, seven, 10, or up to 12 years.

Of course, there are a lot of real estate loans that were initiated several years ago that need to be refinanced in the coming months and years. As you can imagine, this could be devastating for these operators and their investors.

Unless income has significantly increased over the past several years, it’s likely we will see a lot of defaults. Real estate foreclosures. Pain and suffering.

Yet, potential opportunity for well-positioned investors.

I truly hope this doesn’t happen to anyone. But in my decades in business, I have seen it happen over and over again.

Banks and other financial institutions are the sites of colossal mismatches in the need for capital. Banks have massive demand deposits that can be cashed in on a day-to-day basis. But they’ve loaned that money (and much more) to borrowers who have long time frames, sometimes up to 30 years.

This may cause financial institutions to be cautious in their lending, even when an economy looks generally healthy. I believe that is happening right now. Increased risk premiums built into many loans are some evidence. The throttling down of a lot of lending right now is more evidence.

Credit markets give off massive signals that create potentially devastating psychological impacts. It’s a vicious cycle. Credit markets get spooked by economic news and throttle down. This throttling down causes more problems in the investment realm, including real estate and Wall Street. These problems cause further tightening, and…you get the picture.

An Overview of Credit Cycles

I often recommend one of my favorite books by Oaktree Capital Investments founder Howard Marks. It’s called Mastering The Market Cycle: Getting the Odds on Your Side. It was published in 2018 as a follow-up to his fantastic earlier book, The Most Important Thing.

Marks says that credit markets play a bigger role in the economy than most people would think. Let’s look at signs of the two extremes in credit cycles.

According to Marks, a generous credit market looks like this:

Ironically, the worst of deals are done in the best of times! And that is what we’ve seen for the past 12 or so years.

But don’t forget Warren Buffett’s haunting prediction: “Only when the tide goes out do you discover who’s been swimming naked.”

If you’ve been swimming naked, now would be a good time to get your clothes on if it’s not too late already. Sadly, I fear it is too late for many syndicators and commercial real estate investors. Perhaps some residential investors as well.

The Other Extreme: An Uptight, Cautious Credit Market

It appears that we are entering, and have entered, an uptight, cautious credit market. This is a time when fear of loss comes to the forefront, and the desire for the amazing gains we’ve seen this last decade takes a back seat. People suddenly remember again the fear of losing money trumps the desire for speculative gains.

As it should! Remember, if you gain 50% on your investment, that is great news. But if you lose 50%, you must double your money to get back where you started. That often involves speculation, more risk-taking, and other bad practices that can land you in bankruptcy court.

We could be heading into a time like this. It looks like some of these things are happening now.

What do you think? Do you see evidence of a commercial real estate lending market tightening? I certainly do. Here are three points of evidence:

First, about a minute after economist Lauren Baker’s presentation at BPCON 2022 in October, I asked The Real Estate Guys Radio host, my friend Robert Helms, what he thought of the presentation. He said he agreed a soft landing is certainly possible, but the recent tightening of the credit markets made him wonder if things would go south faster than the economist’s evidence might point to. He said he had already heard that from people he was talking to.

Second, I was on stage at the BiggerPockets Commercial Real Estate Forum the same afternoon. AJ Osborne, a respected self-storage developer/operator, had some strong things to say about this topic. From the stage, he said that at least two banks he has long and trusted relationships with were significantly throttling down their lending. That equates to “not making commercial loans right now.” He told the audience that this throttling of commercial credit availability could be the time bomb that undercuts everything else in this economy.

Third, I was recently at the Left Field Investors Meetup hosted by Jim Pfeifer. It was a great conference, and I saw some of you there. Rob Levy of LBX is a wonderful syndicator who invests in outdoor shopping centers. He reported a substantial decrease in lending for the retail space right now. LBX has a long, successful track record and can still get financing. However, he stated that he is still seeing a significant slowdown in commercial lending right now.

Just to be clear, a lot of this applies more to private banks, CMBS lending, and the like. Fannie Mae and Freddie Mac, which are charged with residential lending (mobile home parks, apartments, and residential homes), will continue to make loans through whatever happens in the economy. So if you are investing in those types of assets, and I know most of you are, you should still be able to get debt.

So are you ok? Should you breathe a sigh of relief?

If the economy does go into a tailspin (I’m not predicting that), it could still significantly impact pricing, home sales, and all types of investments. If that happens, is all lost?

There will likely be an upcoming opportunity to find deals that you have not been able to find over the past several years. A slowing economy could mean a great opportunity for many of us.

What is soon? I have no idea, but if the Great Recession is any indicator, the best deals will probably not come in the coming year or so. Of course, the Great Recession may not be the best comp given the gravity of that crisis. We just can’t tell. History doesn’t always repeat itself, but it certainly rhymes a lot of the time.

One final note. This recent article by Fitch Ratings sounds sort of upbeat if you’re not reading closely. But check out this excerpted paragraph, which paints a pretty serious picture for many commercial real estate deals:

“However, 23%, or $6.2 billion, of maturing volume would not be able to refinance under any of the scenarios. NOI growth averaging at least 1.5x current in-place NOI, or a new equity infusion that deleverages existing debt by at least one-third, on average, would be needed to pass the refinancing thresholds.”

We’re in a little bit of a pickle, to say the least.

Learn how to create financial freedom and passive income in real estate as a private money lender. Lend to Live makes passive income through private lending achievable for anyone.