The pandemic has forced many to reconsider where they live and, in some cases, seek better options. According to a new Redfin report, 29.4 percent of those looking for homes on the site looked to switch cities in October and November — the highest number since the company began tracking the data in 2017.

While cities like Sacramento and Las Vegas drew in thousands with their bustling job markets, other major cities experienced an exodus of people who were suddenly able to work remotely and no longer wanted to pay the high rent to stay central.

“As the coronavirus pandemic and the shift toward remote work continues across the country, more people than ever are looking to make long-distance moves, often from expensive coastal regions to affordable inland areas where they can find more space for less money,” the Redfin report states.

After analyzing the top 87 major metro areas where its users looked for homes, Redfin found that cities including New York and San Francisco were abandoned by professionals suddenly able to work from more affordable locations while cities like Milwaukee have been experiencing a decades-long exodus due to a stalled job market and poor economic outlook.

Below are the top 10 cities that the most residents sought to escape this fall.

Throughout the pandemic, New York has made headlines as the city residents are fleeing most — the tiny apartments and sky-high rent suddenly stopped making sense in a global pandemic that forced everyone indoors.

Tiny in geography and dominated by tech billionaires making all-cash offers, San Francisco has been pricing out even high-earning residents for the past decade.

When the pandemic hit and many businesses closed, the reasons for staying in the city narrowed even further. Many residents looked to move to nearby suburbs such as Mount Ramon and Palo Alto while some made even bigger moves. According to Redfin, Austin, Texas attracted a large number of people from the Bay Area.

“There has been a massive influx of buyers coming to Austin this year, mostly people who work in tech or other industries that allow them to work remotely,” local Redfin agent Andrew Vallejo said in a statement.

While the city attracted many professionals from New York and San Francisco, Los Angeles also saw a large number of its residents leave in search of anything from more affordable housing to a job market less dependent on entertainment. Eighteen percent of locals using Redfin chose to widen their search and look for homes outside the city; Las Vegas and San Diego were the two most popular options.

Many of the problems plaguing New York and San Francisco were also on full display in 2020 in the nation’s capital — density and sky-high real estate prices could no longer be justified when working from home.

Due to the high concentration of professionals commuting into D.C., nearby suburbs have seen skyrocketing home prices since before the pandemic. More affordable options like Salisbury, a Maryland town two hours away, drew in the most D.C. residents this year.

“There has been a 95 percent uptick in the net outflow of people looking to leave Washington, D.C. since October and November of last year,” the report states. 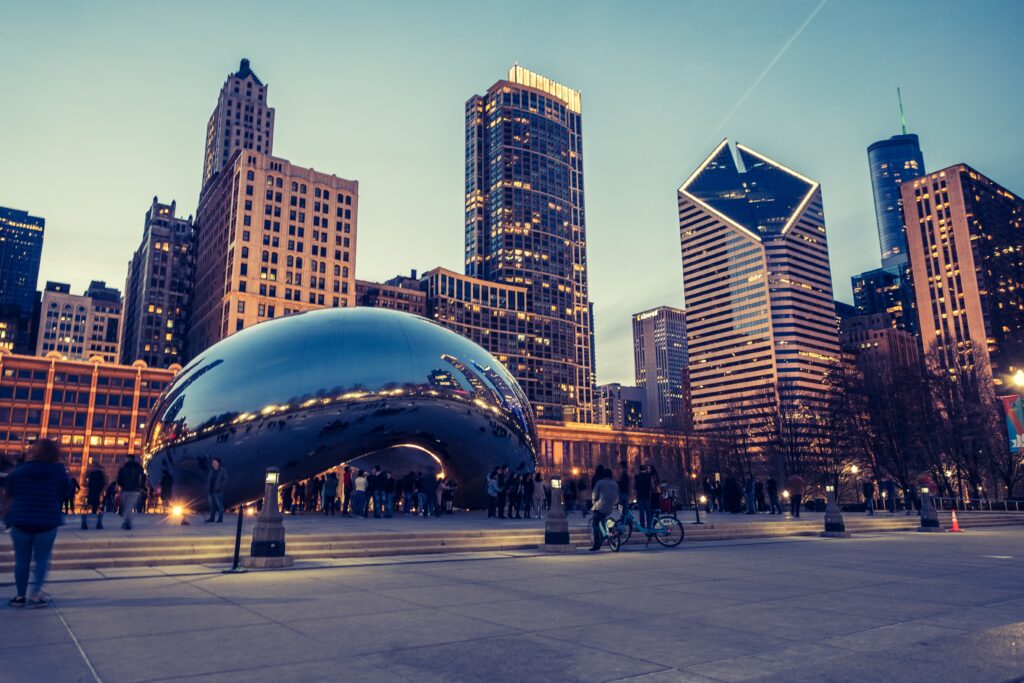 While residents from all over the Midwest come to Chicago in search of job opportunities, the city saw its own mini-exodus shortly after the coronavirus first broke out in the United States.

With 12.3 percent of locals looking outside the city for their home purchase, the nearby suburbs were not the most popular options. More than an hour away, Indiana’s South Bend was the most popular destination both overall and specifically for those moving out-of-state.

Denver is a surprising choice since, for years, it has been touted as the city on the verge of a major real estate explosion.

But while its climate and mountain air make Denver a top option when it comes to quality of life, its job market simply cannot compete with some of its more bustling neighbors. More than 27.7 percent of local Redfin users chose to look somewhere else for homes and the vast majority chose Seattle.

Over the past two decades, Seattle went from being a sleepy port city to the top choice of high-earning tech workers from Amazon and Microsoft. Home values responded accordingly but this year, something else was observed in the migration trends for Seattle locals — more and more have chosen to go not just to the nearby suburbs but also to other cities entirely.

A top draw for out-of-state residents last year, Seattle fell from grace like no other city on this list.

Unlike most cities on this list, Milwaukee did not lose most of its residents due to locals growing tired of paying city prices during the pandemic. Instead, many of its residents looked to leave to pursue better job options and economic opportunities in nearby cities — a whopping 42 percent of local Redfin users were looking elsewhere to buy a home, with Chicago being the most popular option.

In San Diego, the average home now commands over $700,000 while rent is over $2,000. Those prices have been pushing less affluent residents out for years and, during the pandemic, those who were considering a move finally made the leap. Over 25.7 percent of locals on Redfin looked elsewhere when buying while cities like Los Angeles and Phoenix were the biggest draw for San Diego residents.

“Sacramento, Las Vegas, Phoenix, Austin and Atlanta were the most popular destinations for Redfin.com users looking to move to a different metro in October and November, meaning those places had bigger net inflows than any other major metro in the U.S.,” the report states.

Indianapolis has taken the last spot in this list of top 10 cities, although the reason for the exodus have less to do with the pandemic and more to do with a general lack of employment opportunities.

A three-hour drive away, Chicago attracted the most Indianapolis residents this year. The percentage of Redfin users looking outside the city (39.5 percent) was also the second-highest in the country.

6 Steps on How to Remove Wall Decals

Wall decals can quickly, and easily, add your personality to a bedroom without redoing an entire wall. On the other hand, if you’re renting an apartment, removing stubborn stickers can take a lot of time...
Read more
September 27, 2022

Moody’s Says Odds Of Recession Have Risen To ‘Uncomfortably High’ 59.5%

How to Maximize Your Real Estate Portfolio

In this article Investing in real estate is a great way to generate passive income, build long-term wealth, and diversify your portfolio. However, there is no such thing as a one size fits all approach...
Read more
September 27, 2022

Topline New home sales unexpectedly surged much more than economists projected in August even though same-day data showed prices collapsing due to a dearth in demand—fueling volatility that some experts argue could signal that the...
Read more