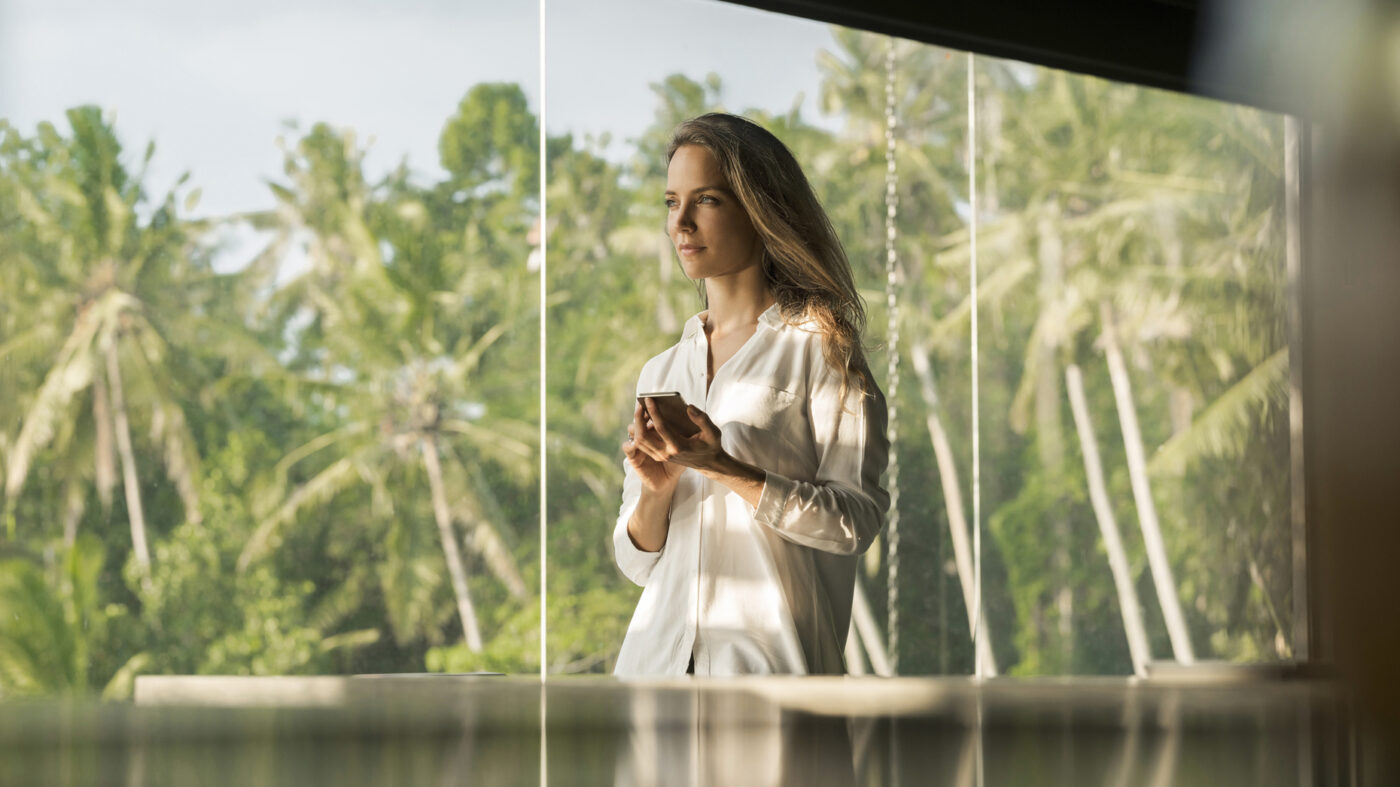 Although a post from a popular social media account can send thousands of views to listings, many agents are finding it to not be the best use of marketing funds.

Compass agent Joy Aumann is no stranger to working with influencers to market properties on social media. Back in 2019, she hosted an event with dozens of Southern California social media stars to promote high-end San Diego properties to their hundreds of thousands of followers.

“It just brings in a different level of exposure that other types of media can’t do,” Aumann told Inman. “Influencers have a group of people that really follow whatever they’re doing and saying closely. When they’re showcasing a home and saying ‘this is a great property,’ you’re reaching a very large client base.”

Although the pandemic has put a halt on those kinds of large group events, agents still work with influencers regularly. Aubann said that the trend right now is to enlist one or two agents for a mini-project — such as when Compass sales director Christine Blackburn got plant and flower influencer Summer Rayne Oakes to decorate a unit in a Brooklyn Crown Heights condo last year.

“The numbers of the reach help [the property] get seen by people who weren’t even following one of those influencers,” Aumann said, adding that while that event did not lead to a sale, it helped generate discussion around the properties. “A large reach can help find someone who might be your absolute target audience indirectly.”

Particularly in the luxury real estate space, paying influencers to do one’s marketing is becoming common and almost expected. Last week, film-director-turned-developer Nile Niami asked interested buyers to fill out a Google Forms for a spec mansion that he is trying to sell for $350 million after first listing it for $500 million last year. One of the questions asked bidders which influencer referred them to the property Niami dubbed “The One.”

The cost of having an influencer do one’s marketing varies widely on the number of followers an account has. A permanent Instagram from an influencer with around 200,000 followers generally commands around $1,500, and a Story that disappears within 24 hours typically starts at around $250. Although a post might send thousands of eyeballs to a property, high traffic does not necessarily translate to a sale. 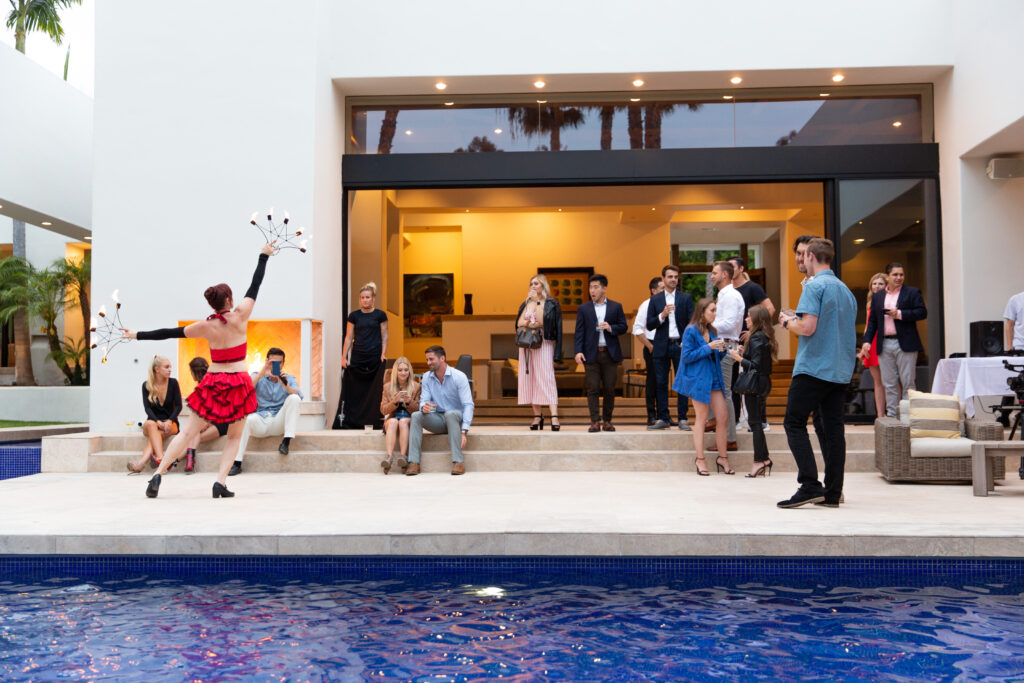 To make sure one’s marketing budget is spent wisely, agents should be honing in not solely on the number of followers but also on the type of audience the particular personality has. If the audience is largely under 25, showing them photos of a $2 million condo might result in thousands of comments praising its aesthetic but not lead to any offers. An influencer popular for her fashion or travel photos might have only a small percentage of followers who are even interested or able to buy.

Ben Lalez, a real estate consultant for Compass in Chicago, had tried enlisting outside influencers to promote some of his properties but found that it was not the most efficient use of his marketing funds. Instead, he has pivoted toward posts that offer information on everything from refinancing to the best smart-home devices that he will alternate with the occasional listing photo. Lalez started seeing an audience of people already interested in real estate come to him for insights on the Chicago market and often become clients later.

Social media isn’t necessarily about driving sales. It’s also about establishing yourself as a known entity, Lalez told Inman. “I believe that if people are on your page to see a listing, they’re probably better served going to Redfin, Zillow or Compass. My job when posting listings is to say ‘now that you’ve seen all my educational content, here’s the real deal.’”

Mauricio Umansky, who founded luxury brokerage The Agency, said that they are playing around with the idea of outside influencers but are more interested in having the agents who work for them build their own following.

Principals David Parnes and James Harris, who gained popularity from appearing on Million Dollar Listing Los Angeles, have over 150,000 followers each on Instagram, and The Agency itself also has nearly 354,000 followers — using Instagram to send out photos of high-end listings in cities like LA and Phoenix.

“You have to be very creative, engaging and dedicate time into it,” Umansky told Inman, adding that this type of following tends to be more targeted and already attuned to luxury real estate. “The best is when people actually do it themselves versus hiring somebody to do it because it’s just much more real.”

In the end, it can be a tough call to decide just what type of marketing strategy to invest in. If the goal is to generate interest and discussion around a new condo development, some targeted posts from popular social media stars might be the way to go.

But a large and loyal follower base of people who are interested in real estate takes much more time to build, and the results often lead to long-term payoff in clients who come to you regularly even when you’re not actively advertising — a fact that, Umansky argues, is pushing many agents to try to become mini-influencers themselves.

“Whatever it is you do in life, you should do it well,” Umansky said. “The best way is to be engaging yourself, but that takes a lot of time that might be better spent doing something else useful. It’s a very difficult dynamic to build.”

6 Steps on How to Remove Wall Decals

Wall decals can quickly, and easily, add your personality to a bedroom without redoing an entire wall. On the other hand, if you’re renting an apartment, removing stubborn stickers can take a lot of time...
Read more
September 27, 2022

Moody’s Says Odds Of Recession Have Risen To ‘Uncomfortably High’ 59.5%

How to Maximize Your Real Estate Portfolio

In this article Investing in real estate is a great way to generate passive income, build long-term wealth, and diversify your portfolio. However, there is no such thing as a one size fits all approach...
Read more
September 27, 2022

Topline New home sales unexpectedly surged much more than economists projected in August even though same-day data showed prices collapsing due to a dearth in demand—fueling volatility that some experts argue could signal that the...
Read more