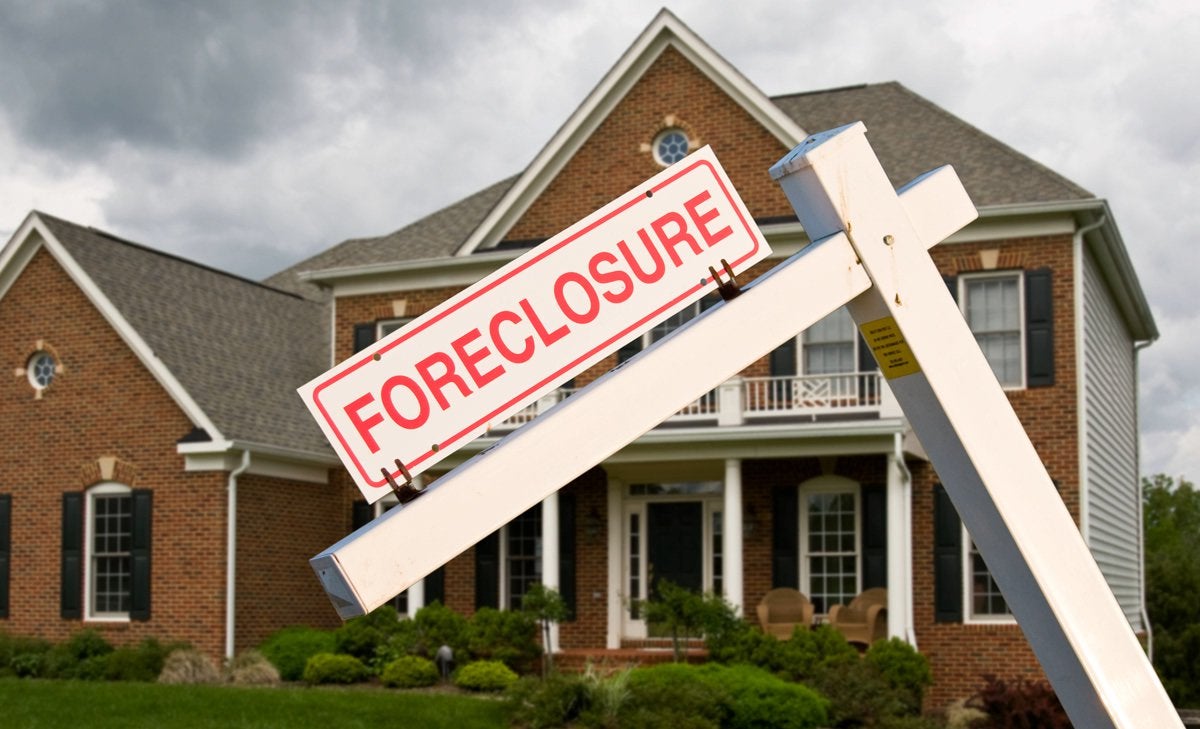 The national mortgage delinquency dropped to an all-time low in May, continuing two consecutive months of a decline since March.

A total of 1.46 million properties were in early-stage delinquencies, defined as borrowers who missed a single mortgage payment, which is a slight increase of 0.2% from April due to typical seasonal patterns. It’s more than a 71% drop from the same period in 2021.

Some 595,000 properties were considered seriously delinquent, in which loan payments are more than 90 days past due, but not in foreclosure. That metric dropped 7% in May from the previous month. However, the number of properties in serious delinquency were 45% above pre-pandemic levels.

The country is still working through a surplus from the serious delinquencies that surged in the second quarter of 2020 as borrowers struggled to pay back their loans at the start of the pandemic, Walden said.

“Even after 21 straight months of improvement, the population remains elevated some 45% over pre-pandemic levels,” he said.

Mississippi had the highest rate of serious delinquency of 2.35% in May. Louisiana followed at 2.12% and Alabama was third at 1.67%.

Prepayment activity fell by 11.1% from the prior month and is down 59.1% from May 2021 on sharply higher interest rates.

I’m having these conversations. “I hate my kitchen. I want a new house, same value, but 1 less bedroom and a nice kitchen, that should balance out right?” Me: “OK, due to the new interest rate, a house with the same price and loan amount of your present house will be $1000 more per month due to the high rates.” — whelp, suddenly Jessica doesn’t hate her kitchen so much after all, does she? “But aardy, she’s one less seller, but also one less buyer, that’s a wash for supply/demand!” — yes, you are right. I didn’t say anything about supply and demand, my concern is liquidity. Less buying/selling activity. Jessica ain’t doing either. So she sits there and makes due with her extra bedroom and crummy kitchen. Meanwhile, because they can’t buy Jessica’s house which is perfect for them (in terms of kitchen size and bedroom count) that other FTHB family buys the house Jessica would have purchased, even though it has a big oversized kitchen relative to their needs, and their 2nd kid doesn’t get their own bedroom (or they don’t get the home office, whatever). Less liquidity, less people being able to sort themselves into homes that are the right size, shape, location, configuration, etc, even if they are willing and able to pay for it (can’t buy what isn’t listed for sale).

A thread a couple days ago was talking about mortgage backed securities, and why investors weren’t paying 2x the premium for a MBS full of 6% mortgages than they used to pay for the same at 3% (far from it):

“Take Sally, who put 5% down in July 2022, has 7% equity (down payment + 2% appreciation) due to lower appreciation, and the rate is 6%, suddenly she isn’t going to move heaven and earth to avoid missing payments, the way John would if he put 5% down in July 2020, has 30% equity (5% down + 1/2 of 2020 appreciation + “omfg” level 2021 appreciation + modest 2022 appreciation), and his rate is 3%. Even if John has to hit the pole, or join onlyfans, one way or another, John ain’t missing a single payment if he can in any way avoid it. Sally by contrast will develop some victim narrative where it isn’t her fault bla bla bla, so the odds of her missing a payment or more are staggeringly higher.”

The above article basically says that John is indeed hitting the pole and working his onlyfans account, or driving for uber, or whatever, to hold onto that home, that equity, and that rate, with a never before seen fierceness. And there are a shit ton more Johns out there (the bulk of the sum total of all homeowners who purchased prior to 2022, they got that 3% either at the point of purchase, or during the refi boom) than there are Sallys. And if John’s door dash driving can’t pay the mortgage, he’s still not going to go to foreclosure, he has a shit ton of equity, he’ll just sell. As a buyer, you typically have no idea if someone has missed a mortgage payment or two, or is about to.

The folks that went into “serious delinquency” starting in Q2 2020, the one metric that is up 45% over pre-pandemic levels, you can see a sneak-peak about what that looks like here: https://capitalmarkets.fanniemae.com/media/22456/display — this is what it looks like when Fannie Mae dumps her dogshit loans onto what are more or less glorified debt collection agencies, if you’re one of these 3k homeowners, get ready for 5 calls a day, etc.

Pool 3 is a one-off for New York, set that aside.

Pools 1 and 2 are the bulk of the action. $489.6m worth of mortgage debt spread over 3,320 non-performing loans, the average interest rate on those loans is about 4.7% ( https://www.housingwire.com/articles/fannie-mae-chooses-nonperforming-loan-sale-winner/ ).

OK, so we may get some foreclosure action there. What would that average house look like:

Back to the liquidity concern. Even if there are a bunch of homes taken back by “the bank” (which wouldn’t surprise me) owned by folks too dumb to have clicked “hello I don’t want to make the next 6 mortgage payments” when they had financial difficulty, who instead just stopped paying without clicking that button, did anything about this mystery affiliate paying less for insured mortgages that uninsured jump out at anyone else? They’d rather have the equity than the insurance payout (compared to agnosticism at the point of origination)… assuming there is one. No foreclosure = no insurance payout. I wonder if this is a play for mass “deed in lieu of foreclosures.” TLDR that’s when your bank hits you up and says “hey I see you haven’t made payments and are a zillion dollars behind. We could foreclose on you, but have another idea. How about you just hand us the deed to the house, and we call it even? No foreclosure on your credit will make it easier to rent somewhere else, will it not?” And if that’s the plan, the PMI policies hold no/little value since there will be no insurance claim, and that’s also consistent with why homes with lots of equity (PMI that was cancelled subsequent to the loan being originated -> >20% equity) being of more value. It’s not at all obvious to me that Goldman Sachs is actually going to allow these homes to hit the market where a normal buyer can pick it up, these 3k homes very well may just be a corporate rental portfolio swapped back and forth between Wall Street players making bets and counter-bets on rent v home values. Shit, they could even sweeten the deed in lieu deal: “we’ll let you continue living there as a renter for another year while you get sorted, in addition to not marking your credit report with a foreclosure, just hand us the deed please.”

That’s all speculation about a niche thing concentrated in a few states. But it’s interesting, I think.