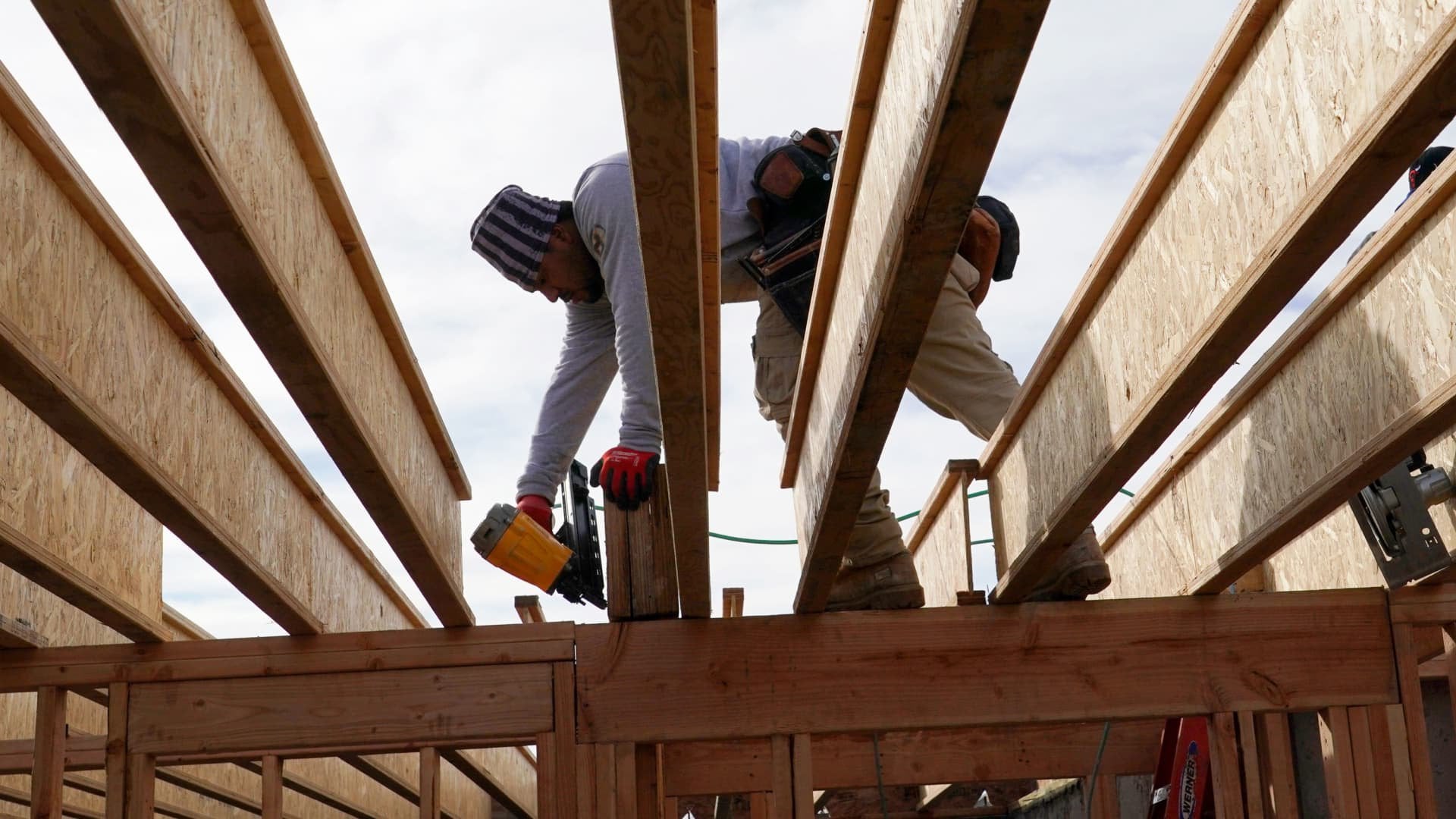 Yup it’s pretty well established that of the entire real estate ecosphere and everyone and every business in it, builders are the most rate sensitive. By a lot. That article paints it as demand-side, but it’s just as much (likely more) supply side.

Builders do not pay cash for their shit, they finance it, on commercial adjustable rate debt. And this adjustable rate debt doesn’t have a “fixed” period or “teaser” period like the consumer stuff, it adjusts each month, immediately, often 1-to-1 with the Fed rate (also unlike consumer mortgages). So if you’re trying to model a big cost projection spreadsheet that includes carrying costs (such as adjustable rate debt) on a specific narrow profit margin (narrow due to competition), it’s quite plausible that your “what if” scenarios involving further increased rate are almost all in the red, meaning a lot fewer projects make sense, than was otherwise or previously the case.

Another cost is of course labor, but “effective unemployment” is in negative territory right now, and so far the smoking hot labor market (which presently heavily favors workers) hasn’t weakened in response to JPOW’s intentional efforts to shift the power back from worker to employer (and this isn’t some socialist conspiracy theory, an exact quote from him a few months back [yes I remember it very clearly] was “we’re never going to say too many people are working, buuuut…..” – by which he meant to convey that he was jacking rates up to kill a tad over a million jobs, to shift the balance of negotiating power back to big business, away from the currently “overly” empowered workers [someone do the Voltaire quote please]).

Not applying for permits and breaking ground on things that take 18 or 24 months to build, end to end, isn’t going to have a short term impact on demand or supply, but it does mean less homes will be hitting the market in 2024ish than otherwise would have.

Note also that when they quote a bunch of builders, their entire world is newly constructed real estate, so whenever they say “real estate” or “housing,” you need to mentally insert “newly constructed” into whatever the sentence or statement is. To them it’s all the same, but the overwhelming bulk of real estate transactions (purchases and leases) involve existing homes, not new homes, so it’s certainly not all the same to “us,” and things could impact one area (such as only new homes) differently than the entire market (which includes primarily existing homes). (It’s the same thing for mortgage people, our entire world is financed home transactions, so when we say “real estate,” you need to mentally insert “financed” to make it “financed real estate,” because we’re mostly oblivious to un-financed real estate [a yurt, an RV, a rental apartment, most tiny homes, etc].)

previousHow To Help Nurture Real Estate Clients Through A Market Shift
nextWhat is an Unlawful Detainer? What You Need to Know