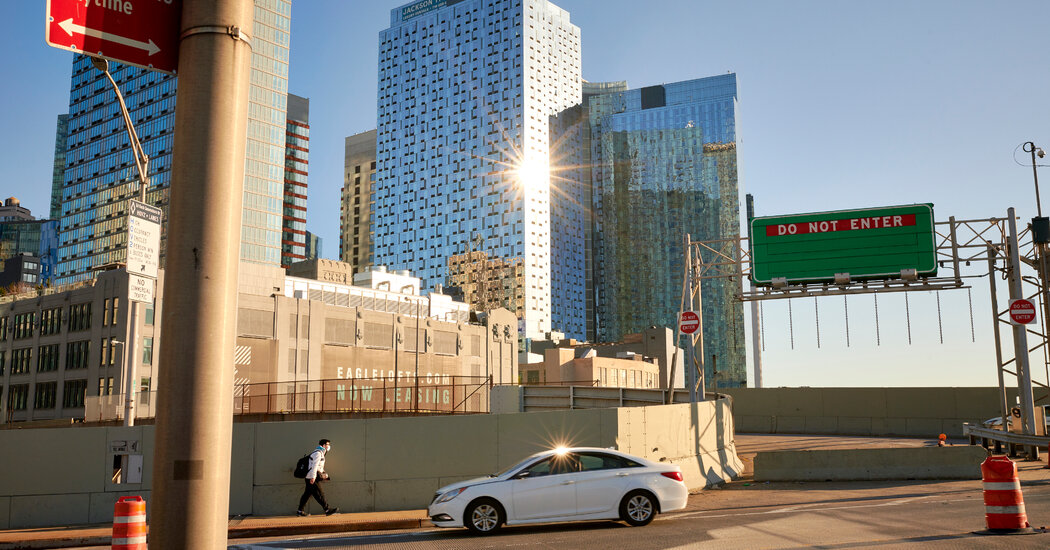 The group supports the 421a replacement plan proposed by Governor Hochul.

“We’re not going to argue to keep the existing program because of that disconnect, that’s an important disconnect that needs to be addressed,” said Basha Gerhards, the organization’s senior vice president of planning.

REBNY claims that some tax relief is necessary in New York to produce and maintain affordable housing because land and construction costs and property taxes are so high. Without assistance, the group said, banks may consider the projects financially infeasible.

“The question is: Do we want these units?” said Zach Steinberg, REBNY’s senior vice president of policy, referring to below-market homes. “Because that’s what we’re talking about. We need these housing units in New York City.”

In the months before it expires, some progressive elected officials and housing advocates have argued that the tax break should be scrapped altogether.

At a recent rally in Downtown Brooklyn, where the tax exemption has fueled a surge in high-end residential construction, Mr. Lander, the comptroller, urged state lawmakers to instead fix the city’s uneven property tax system by lowering tax rates on new apartment buildings, increasing them on condominiums and providing tax relief for low-income property owners.

Matthew Koziolek, a mental-health therapist, and his wife, a public-school teacher, spent more than a year applying for affordable units on the city’s housing lottery website. With a combined income of about $100,000, the couple qualified, on paper at least, for several apartments in Queens but none that they could actually afford on their budget, including a two-bedroom residence in Jackson Heights listed at $2,400 a month.

previousThis Is How Real Estate Will Look In 2030, According To Industry Leaders
nextAspen’s Housing Market Sees Average Days On Market Dwindle As Competition Picks Up