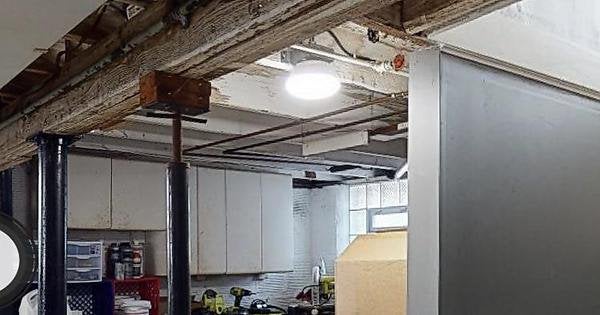 Well, this is a really tough market and it sucks. We have little to choose from where we’re looking to move and every house seems to have some sort of fault. Some of them we know to stay away from (example: we toured a house with a noticeably musty smell and tons of wood paneling in the basement – known water issues and likely a good amount of mold and water damage).

We found a lovely home in a great neighborhood, but when doing the “3D Walkthrough”, we noticed that one of the support beams in the basement is CLEARLY rotting. It seems like the homeowners installed some additional metal poles (bolted to the cement below and attached to the beam) to hold it in place.

Thanks I’m advance! Apologies for poor formatting. I’m on mobile.

Edit: Here’s a photo: https://imgur.com/gallery/q2EXwBn Looks like there is a towel taped to whatever that is on the right (HVAC unit?). Might be moisture / a leak from there causing a problem if that beam is indeed rotting.