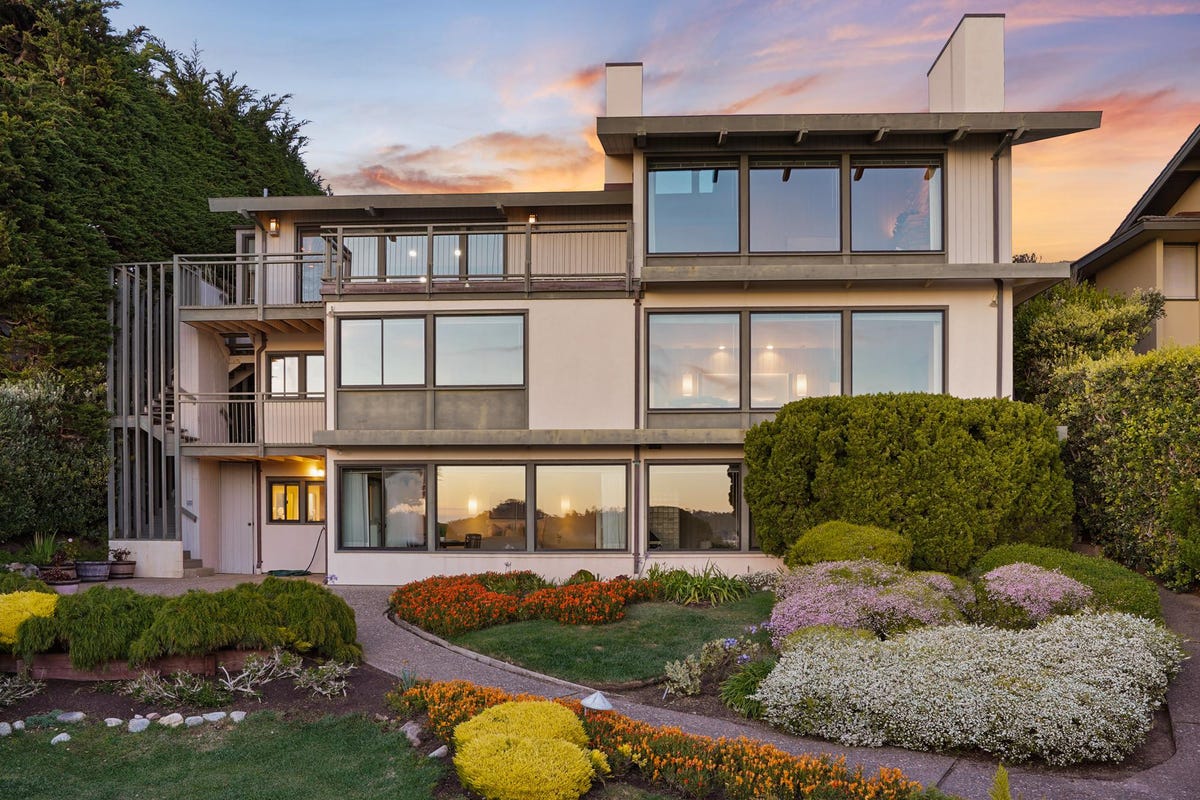 Few actors or comedians were as well-loved as Betty White, who died last December. A pioneer of early television, with a career spanning seven decades, White was noted for her vast work in the entertainment industry and also for being one of the first women to work both in front of and behind the camera. She earned a Guinness World Record for “Longest TV career by an entertainer (female)” in 2014 and in 2018 for her lengthy work in television, as well as eight Emmy Awards in various categories, three American Comedy Awards, three Screen Actors Guild Awards, and a Grammy Award. She has a star on the Hollywood Walk of Fame, and was a 1995 Television Hall of Fame inductee.

When not working in Tinseltown, her private sanctuary was further up the California coast, in the modern house she built with husband Allen Ludden in 1981. According to reports, they purchased the dramatic oceanfront one-third-acre lot in the charming seaside town of Carmel-by-the-Sea for $170,000 in 1978.

Designed by architect Richard Hicks, the three-story mid-century masterpiece, which measures 3,621 square feet, displays panoramic ocean views of the Point Lobos Nature Reserve, Ribera Beach, and Monastery Beach from nearly every room. The four bedroom house has four full baths and one half bath, outdoor decks, mature gardens, and vast windows that connect the stunning views to the generously proportioned rooms. The house’s site connects to an assortment of walking trails that lead through the elegantly understated Carmel Meadows neighborhood.

Sadly, White and her husband did not enjoy the house for long; they only lived there for a few months before Ludden died. White herself, according to reports, wanted to spend her final days inside this home, but instead remained at her Los Angeles residence, where at-home health care was more readily available.

Now, for the first time since the Luddens bought this piece of land, the property is for sale, offered for $7,950,000 by Sotheby’s International Realty – Carmel Brokerage.

“As revered as Betty White’s public image was, in real life, she was a private person,” says Nicole Truszkowski, broker for the property. “Betty’s home in Carmel was her special sanctuary and it was one of her favorite places to recharge and rejuvenate. Betty and her late husband, Allen Ludden, built their Carmel dream vacation home. Sadly, Allen passed away shortly after the home was finished. Spending time in Carmel was one of Betty’s favorite things to do. She enjoyed many treasured moments with her family and close friends. The home embodies the spirit of Betty and Allen, it was eloquently understated with the focus on nature and the natural beauty surrounding the home.”