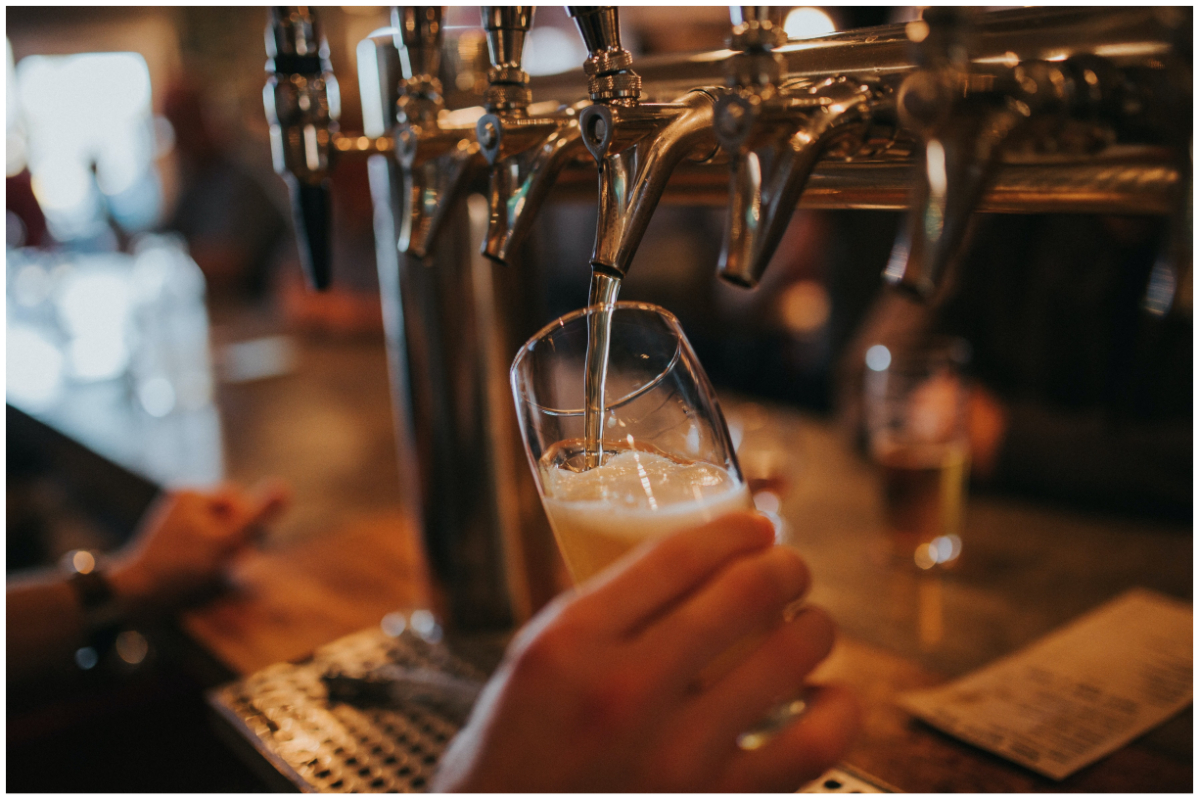 Indianapolis has some of the most awarded craft breweries in the Midwest and is quickly becoming one of the best beer cities in the nation. With unique stouts, IPAs, sours, and blends, and extensive food options, Indianapolis breweries truly have something for everyone. So whether you’re renting an apartment in Indianapolis, own a home in the area, or are considering moving to the city, here are 7 Hoosier-approved breweries you have to check out.

If you’re looking for a brew and a bite to eat, look no further than Broad Ripple Brewpub. It was the very first brewpub in all of Indiana and is the oldest continuously operating brewery in the state. Many Hoosiers consider Broad Ripple the beginning of craft brewing in Indiana.

Billy Hannan, the owner and operator of Broad Ripple Brewpub, highlights the establishment’s rich history and amazing food. “The founder, Englishman John Hill (my father-in-law who is still alive and well), built it by hand. It’s designed to look like a typical English pub with dark wood paneling, a decorative tin ceiling, leaded stained glass windows, a cozy fireplace, a dart room, and two English beer engines for pouring cask ales along with 14 other taps,” says Hannan.

“Some of our must-have food from our large and eclectic menu are British fares such as Fish & Chips, Bangers & Mash, and Shepherd’s Pie,” he continues. “We also specialize in vegan/vegetarian food such as the Vegan Tenderloin, Seitan Reuben, and Vegan Fish & Chips. Our Beer Cheese Crock and Scotch Eggs are favorites amongst appetizers, and a particular favorite available in warmer months is the Elotes Loco – Mexican street corn.”

Located in a pre-prohibition era brewery building, Indiana City Beer Company is a craft brewery dedicated to making quality ales in the heart of downtown Indy. The brewery prides itself on using only the freshest and highest-quality ingredients to create innovative brews based on traditional styles using their small-batch, hand-crafted approach. The brewery has something for anyone offering a variety of IPAs, stouts, sours, and barrel-aged beers.

Chilly Water Brewing Company is the place to be for some amazing food, beer, and live music. The owner, Dan Krzywicki, describes why Chilly Water is a stand-out in Indy. “Chilly Water Brewing Company is a music-themed brewery that produces world-class beer, evidenced by international awards specifically for their lagers,” says Krzywicki “A true neighborhood-centric company, Chilly Water is the official sponsor of Keep Indianapolis Beautiful, Inc.’s happy hour weeding program amongst many other local not-for-profit organizations.”

“The food has been said to be ‘surprisingly good’ utilizing local vendors and a scratch kitchen. Among some of the favorite food items are the Chilly Water Double Burger with crispy seared beef patties smothered in a secret sauce and sauteed onion, coined ‘the best burger in the city’ by many, and the Seitan Wrap with crunchy ginger slaw and fried seitan tossed in glazy habanero sauce, a favorite among the vegan crowd.”

If you’re living in Indianapolis and looking for a way to enjoy a beer with your pooch, Metazoa Brewing Company is the place for you. Named the 2021 Brewery Group of the Year by the Great American Beer Festival, Metazoa features a wide variety of traditional, seasonal, and experimental brews that are sure to please every type of beer drinker.

Nicole Dillon from Women Who Brunch recommends Metazoa Brewing Co. for any animal lover or dog parent. “They have a dog park where you can get all the pets, belly rubs, and a skyline view of Indianapolis. Flights of their craft beers are presented and served in wooden animal shapes. Mug Club for members and frequent visitors (you bring and store your own mug, seeing the display and uniqueness in mugs is very cool) And above all, they support and donate to animal welfare organizations since their grand opening in 2016.” – @womenwhobrunch

Is someone in your group not into beer? Sprecher Brewery Company makes some of the best root beer in the nation and distributes its award-winning beverage in stores all around Indiana. Tim Cigelske from Sprecher Brewery provides more insight into these must-try drinks. “Sprecher Brewery was founded in 1985 as an early craft brewery, and Sprecher Root Beer has been named the best root beer in the nation by The New York Times, Tasting Table, and others,” says Cigelske. “Today, our taproom and Sprecher brewery tour has become a destination for both kids and adults with unlimited craft soda samples, including Sprecher Root Beer, Cherry Cola, Orange Dream, Grape, and much more.”

Upland Brewing Company has become one of the most popular craft breweries in Indiana. This brewery puts unique twists on traditional recipes and has been nationally and internationally recognized for several of its beers. They offer a variety of year-round and seasonal beers, keeping customers always coming back for more. When you visit, make sure to stop by one of their tasting rooms to try their most popular brew, the Dragonfly IPA.

The Bier Brewery has been in operation since 2010 and serves over 130 beers. The brewery won the Indiana Brewers Cup Champion award in both 2011 and 2012 and has garnered over 110 medals at state, national, and international competitions. They are known for their German-style beers and dedication to serving up quality ales. Bier Brewery is always experimenting and creating new brews for customers to try so they never see the exact same menu twice. No matter what your taste, you’re sure to find something you’ll love.

A list of the most notable breweries in Indianapolis wouldn’t be complete without mentioning Sun King Brewing. Since opening in 2009, Sun King Brewery has won more Great American Beer Festival and World Beer Cup medals combined than any other brewery in the state. In fact, Sun King ranks in the top five breweries in the world for most medals won between both GABF and WBC. Stop by to taste some of their most iconic beers, including the Sunlight Golden Ale, Golden Girls Barrel-Aged Fruit Sour, and Small Batch Triptonic Belgian Tripel.